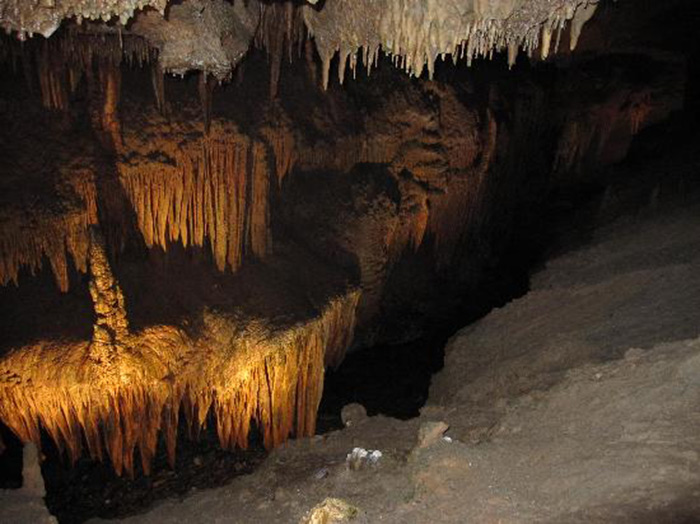 Descend underneath the Smoky Mountains and discover a unique underground world at Tuckaleechee Caverns in TN. See spectacular stalactites and stalagmites and spot slippery salamanders scurrying by the stream in this stupendous subterranean stone sculpture on Tuckaleechee Caverns' cave tours in Tennessee! A whole new world rests beneath the rolling hills of the Smokies. Those looking for unique things to do in the Smokies that the whole family can enjoy will enjoy these stunning caves in East, TN.

Close to vacationers staying in Wears Valley cabins, these caverns in Tennessee make the perfect outing for anyone visiting the Smokies hoping for some memorable outdoor adventures in the Smoky Mountains. Make the trek out to Townsend and traverse the tunnels of Tuckaleechee Caverns today, and unearth what's hiding below the surface.

The History of Tuckaleechee Caverns in TN

It is well known that the Cherokee used the cave as a hiding spot well up until the mid-19th century when European settlers discovered the cave. In fact Tuckaleechee Caverns name comes from the Cherokee word "Tikwalitsi," who's original meaning is unknown but nonetheless shaped the name of some of the most famous Tennessee Caverns.

European settlers discovered the entrance to these Tuckaleechee Caverns around 1850 when sawmill workers observed water from a heavy rain pour into a sinkhole. A small opening in the rock, where the water was rapidly disappearing, led them to twisting tunnels of these Tennessee caverns.

Prior to the discovery of these caves in East,TN, there were reports of a cool spot in the valley near a sink hole where local women would take their sewing and children could take there summer naps away from the summer heat. Apparently, the year-around 58-degree temperatures of Tuckaleechee Caverns were cooling those who lingered near the sinkhole - the same breezes that cool the gift shop at these Tennessee caverns.

Tuckaleechee Caverns opened for cave tours in Tennessee in 1931, but closed the following year due to lack of tourism caused by the Great Depression. These spectacular caves in TN weren't open for tourism again until 1953 when a couple friends, who raised the funds and spent the previous 4 years carrying sand, gravel, and concrete into the cave to prepare for their less adventuresome demographic, opened Tuckaleechee Caverns to the general public. These Tennessee caverns are still operated by the sons of these brave group of friends.

Visitors looking for cave tours in Tennessee won't be disappointed with a trip to Tuckaleechee Caverns. The paths that wind through these Tennessee caverns make the over a mile of tunnels less slick. However, it should be noted that that, as you are descending deep within these caves in East, TN, there are multiple stairs and those with mobility difficulties might find the tour difficult.

The cave tours in Tennessee's Tuckaleechee caverns last around 1 hour and 15 minutes and throughout your tour you'll learn interesting geological facts about Tennessee caverns, including how certain formations are created, as well as pass by a waterfall and stream. The highlight of Tuckaleechee caverns is "The Big Room." 400 feet long, 300 feet across, and 150 feet deep in some places, the stalagmites in this enormous cavern reach heights of up to 24 feet (which is pretty astounding considering the average growth of formations is about 1 cubic inch every 100 years).

Make sure to bring a sweatshirt and an empty water bottle to your trip to Tucakaleechee Caverns. The sweatshirt is necessary for the cooler temperature 300 or so feet below ground (somewhere around 58 degrees Fahrenheit) and the water bottle allows visitors to fill up on the extremely purified water stream inside the cave. 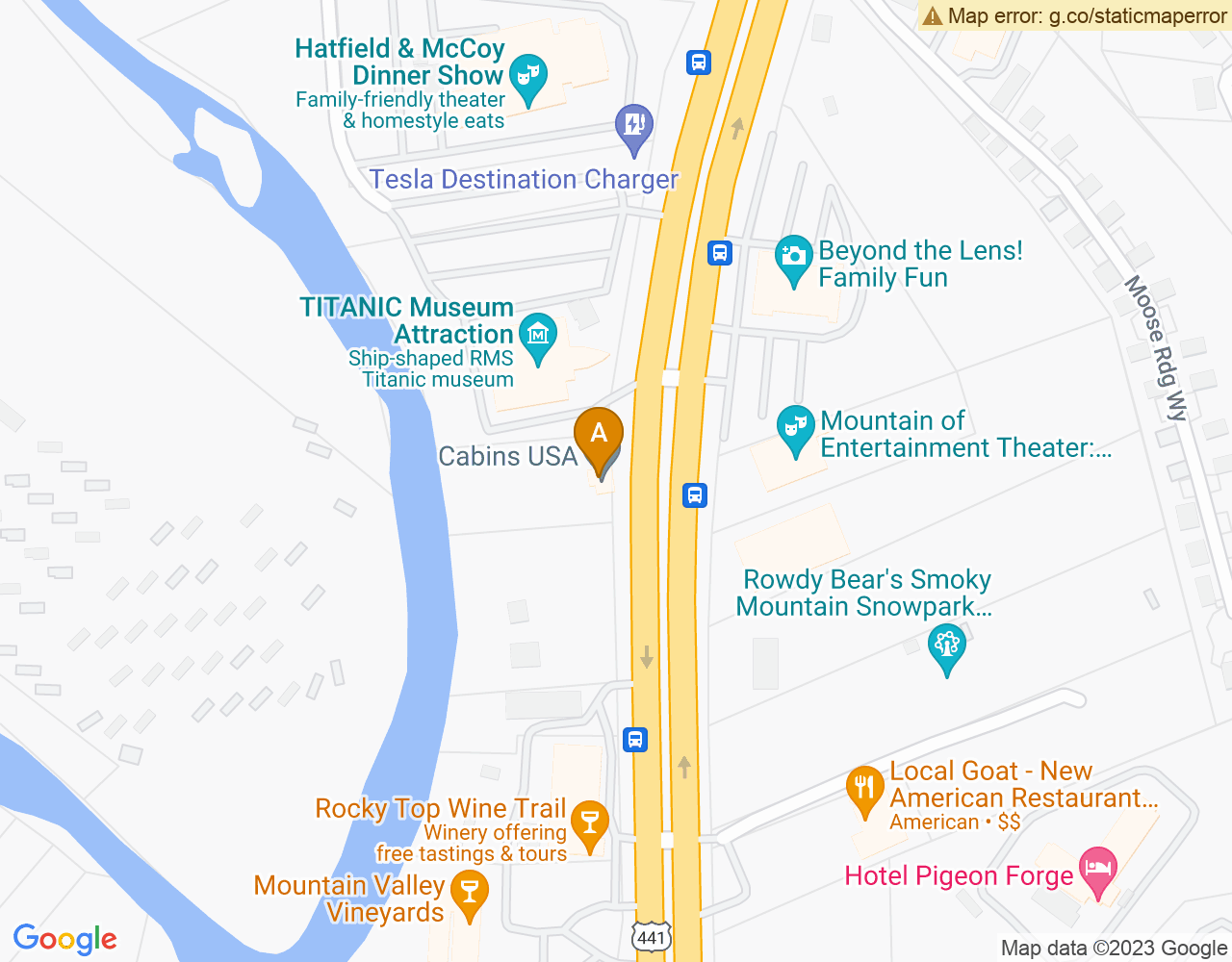 A - Cabins USA
B - Tuckaleechee Caverns in Tennessee