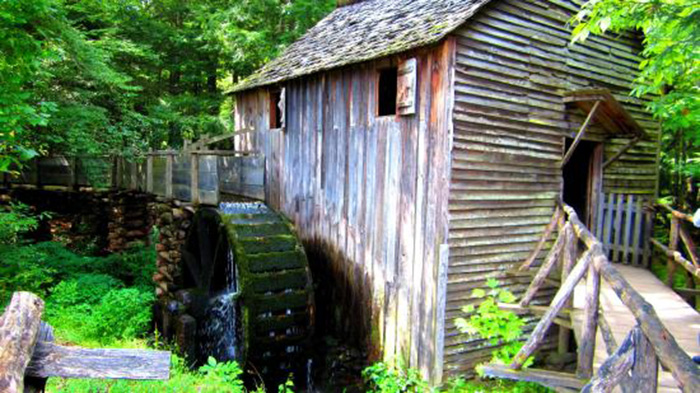 There is much to see and do Cades Cove, TN.

This picturesque spot attracts a lot of attention. In fact, Cades Cove is probably the most visited sight in the Great Smoky Mountains National Park.

So what makes this picturesque valley such a must-see destination in the Smokies?

Come take a drive around the 11-mile Cades Cove Loop Road today and discover a true gem of Appalachia culture and scenic beauty!

Here's a preview of what you can see during a visit to Cades Cove in the Great Smoky Mountains:

History of Cades Cove in the Smoky Mountains

Long before Europeans came to the area, this large valley was a seasonal Cherokee hunting ground knows as Tsiya'hi, "Otter Place."

The first permanent European settlers in Cades Cove were John and Lucretia Oliver. After struggling through the winter of 1818-19, they made their home here thanks to the help of the Cherokee who provided them with dried pumpkin and an abandoned hut.

Perhaps in gratitude, the Olivers named the valley after a local Cherokee leader known as Chief Kade. Over time, the valley attracted more and more settlers and its population grew to over 600 people by the 1850s.

From serving as a stop on the Underground Railroad to religious schisms, Cades Cove's fascinating past is filled with many twists and turns. In the Civil War, Cades Cove was the sight of guerilla warfare between pro-union and pro-confederacy bushwhackers. Like many remote communities in Appalachia, this isolated valley was a haven for moonshines.

When the Great Smoky Mountains National Park was established in the 1930s, the valley was squarely within the park's boundaries. While most residents sold their land to the Government, many others attempted to negotiate lifetime leases or resist in other ways.

For example, the Primitive Baptist Congregation of Cades Cove kept attending services in defiance of orders from the National Park Service well into the 1960s.

The best way to explore Cades Cove's history is to stop by the preserved structures along the 11-mile loop road that winds through the valley.

Cades Cove is also an excellent place to view wildlife in the national park. While much of the Smokies are filled with dense forest, the park service periodically mows the valley of Cades Cove to preserve its farmland character.

The result? Not only do the abundant grasslands in Cades Cove attract loads of deer, turkey, and birds of prey, but the valley visitors to see animals that would otherwise be obscured by the forest.

As one of the lower elevation regions of the national park, the valley also attracts native black bears. If you want to see a bear during your trip to the Smokies, an early morning trip to Cades Cove is probably your best chance to view these fascinating creatures.

Fun Things To Do in Cades Cove

There's more to do in Cades Cove, TN than to just tour the scenic Cades Cove Loop Road. Numerous Cades Cove hiking trails originate in the area, including the extremely popular five-mile roundtrip trail to Abrams Falls, the highest volume waterfall in the national park.

Longer hikes to Thunderhead Mountain and Rocky Top (probably the most famous mountain top "down in the Tennessee Hills") also start in Cades Cove. 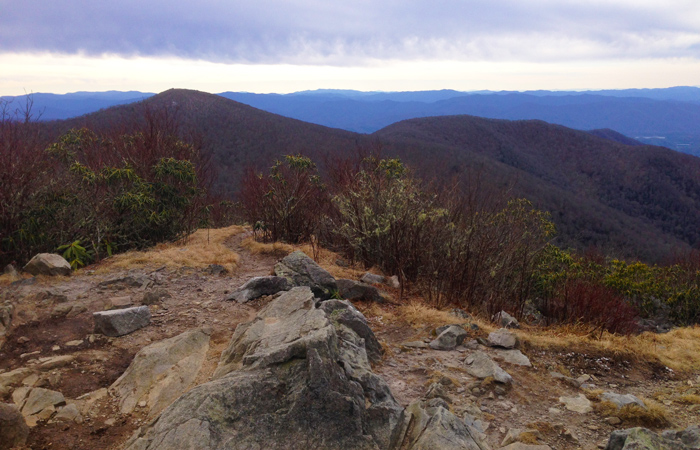 Those looking to enjoy Cades Cave bicycling will be pleased to now that only bicycle and foot traffic are allowed on the loop road until 10:00 a.m. every Saturday and Wednesday morning. If you don't have your own bike, there is a bike rental shop in the Cades Cove visitor center.

A visitor center and restrooms are located half-way around the loop road at the Cable Mill Historic area.

Visit Cades Cove while Staying in Your Very Own Cabin Rental

Though Cades Cove cabins provide a romantic look at 19th century cabin living, those visiting the Smokies may want the modern amenities featured in Cabins USA's cabin rentals in Wears Valley, which offer everything to feel right at home, scenic views, and a convenient location.