New Additions To The Foothills Parkway in 2018

As of Nov. 2017, an important unfinished section of the Foothills Parkway will soon be completed! Construction on the infamous "Missing Link" section of road is expected to finish in late 2018.

Here's everything you need to know about this exciting development in the Great Smoky Mountains! 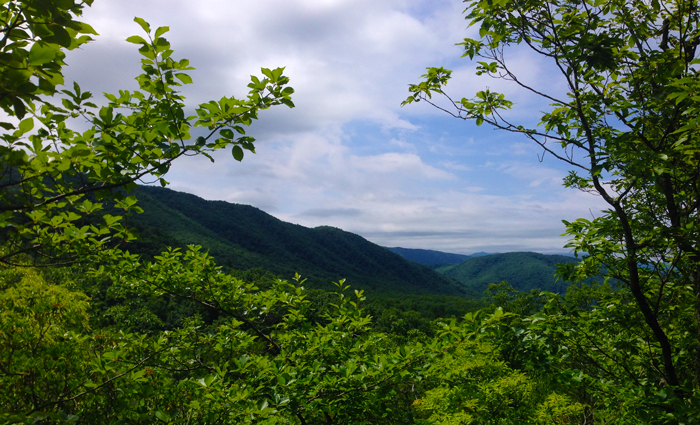 What is The Foothills Parkway?

The Foothills Parkway was a public works project authorized by Congress in 1944 that was meant to stretch from Chilhowee Lake To Interstate 40 as a 72-mile scenic road. The proposed route for the parkway placed it on the ridge of the Tennessee foothills, a chain of mountains that skirted the boundary of the Great Smoky Mountains National Park.

However, due to budget shortfalls, environmental concerns, and engineering challenges the entire road has yet to be constructed. Since the 1970s, only the road between Lake Chilhowee and Walland, TN has been open to visitors.

Recently, an important section of road known as "The Missing Link" is scheduled to be finished in 2018, which will double the length of the current Foothills Parkway.

What is The Missing Link?

Beginning in the 1990s, construction resumed on this challenging section of road, but progress has been slow due to budget shortfalls.

Until the American Recovery and Reinvestment Act of 2009, funds for completing this project were unavailable. Thanks to this bill and funding allocated by The Governor Bill Haslam, "The Missing Link" will soon be open to motorists.

As of November 2017, the bridges on The Missing Link are finished and now the project only requires final paving before it is opened to motorists.

The missing link section has nine bridges that were built to minimize environmental impact on the steep slopes of the foothills. The longest of these bridges is 800 ft. long as it glides along the side of the mountain.

Some of these bridges use the same technology as the Linn Cove Viaduct in North Carolina. Known as "cantilevered post-tensioning construction," this process uses pre-assembled concrete segments that are tensioned together with a large crane to construct the bridge. This bridge building technology was first developed for use in the mountainous roadways of Europe.

Not only does this construction technique limit environmental impact, but it provides beautiful overlooks for motorists as they pass over the bridge.

Since construction began on this section of the foothills parkway in 1966, over $178 dollars have been invested in this stretch of road.

Take a look at what you can look forward to when "The Missing Link" is finished on The Foothills Parkway.

When Will The Foothills Parkway Be Completed?

The Missing Link that connects Wears Valley and Walland will be completed in late 2018. However, the original plans for the foothills parkway stretched all the way to Interstate 40 near Cosby, TN.

A 5-mile section on the Cosby end of the parkway has already been completed, but a remaining 38.5 miles of road has yet to be constructed.

Though the completion of The Missing Link section of The Foothills Parkway is a major step forward, It is unknown when the road will be truly complete according to its 1944 plan.

What Happens When The Missing Link is Completed?

Once the "missing link" section of the foothills parkway is completed, visitors will be able to enjoy this scenic road that connects Wears Valley to Chilhowee lake. In total, this project will add 16 miles to the Foothills Parkway, which is currently, 17 miles in length.

Once this stretch of road is completed, visitors will be able to enjoy 33 continuous miles of scenic roadway complete with incredible views of the Smoky Mountains and the Tennessee Valley.

In April 2017, a group of journalists was invited to attend a ceremony at the Missing Link section of The Foothills Parkway to announce the imminent completion of this section of road.

In a speech at this ceremony, Tennessee Governor Haslam remarked that this road will be "the prettiest drive in America" once it is completed.

With stunning views of the towering Smoky Mountains and great overlooks of the Little River Valley, this expanded scenic road is poised to make East Tennessee an even better destination for vacationers from all across the country.

For a road that has been under construction for over 50 years, this is one scenic drive that will definitely be worth the wait.

The Best Arcades in Pigeon Forge

Have a blast and indulge in hours of entertainment with your loved ones by checking out our picks for the best arcades in Pigeon Forge!
activitiesfamily attractionsfamily-friendlypigeon forgethings to do

Add some extra fun to your Smoky Mountain vacation plans by trying out one of the ever-popular Alpine Coasters in Pigeon Forge for something new and exciting!
activitiesfamily funpigeon forgethings to dovacation ideas