Irish History in the Smoky Mountains 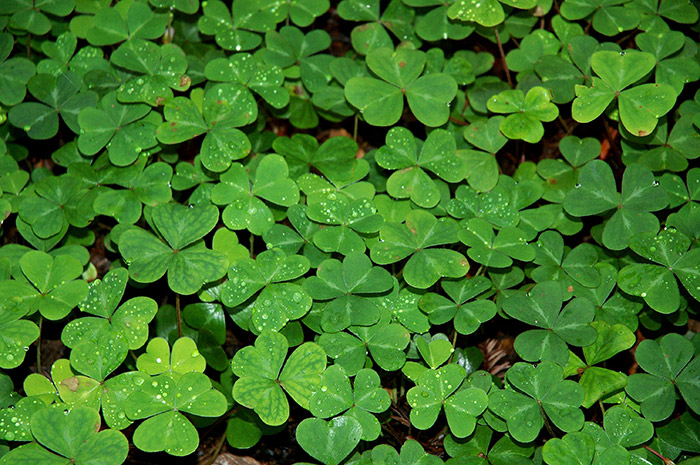 It doesn't take long to notice the influence of Irish culture on the Smoky Mountain region. From the food to the language to the music, the echoes of Irish history echo in the hills of East Tennessee.

You might hear locals refer to themselves as "Scots-Irish." This term goes back to the 17th century (which we'll get to later in this blog post). These settlers left their mark on the region, influencing everything from how people speak to religion in the area. While other regions gave way to new influences as the centuries passed, the isolation of the Appalachian Mountains preserved this unique culture well into the 21st century.

So in honor of Irish History Month, enjoy learning about the rich role they played in Smoky Mountain history. 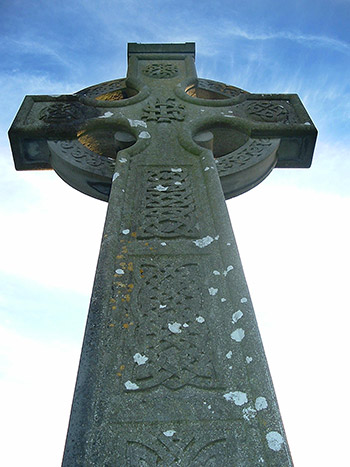 The Origins of Scots-Irish

You should know that, if you ever cross the pond, you probably shouldn't drop the "Scotch-Irish" bomb. Here's why.

Go back to 1603. Elizabeth I has just died and James I of Scotland has just ascended the thrown of England. However, he has several problems to face, namely he's 1) still at war with those pesky Spanish 2) is dealing with hardcore Puritans who just want to obliterate the Catholic church and 3) Parliament is starting to get power hungry.

While James I was a bit of an interesting character, he was a decisive ruler. He ended the Spanish War, ordered a new translation of the Bible, and reinstated the penalties against practicing Catholics who refused to attended the English church when he discovered the "Gunpowder Plot of 1605," a Catholic plan to blow up the house of commons, which gained him great favor amongst Puritans. However, James I still exaggerated his power as a monarch, gaining him several enemies within Parliament and the nations other leader. Being a crafty politician, James I diverted attention from his power-hungry ways by focusing on the problems of Northern Ireland.

Prior to her death Elizabeth I had drafted a treaty to bring an end to the war in Ireland, but died before signing. James I took advantage of this convenience and quickly grabbed the Northern counties of Ireland (Also known as the Ulster counties), and, then, began to import Scottish lowlanders to the new lands of Northern Ireland, which he proposed would become its own nation. Many of these people had emigrated to Scotland from Ireland generations earlier, became "Anglicanized", and still held sympathies for the Irish since most Scottish wanted preserve their Celtic heritage. From 1609 to 1625, 81,000 Scottish lowlanders as well as some English migrated to Ulster hoping for an opportunity to reestablish themselves in a new land.

Everything went splendidly - people could worship as they pleased, make Uisgebaugh (whiskey), and own land and guns - until James I died in 1625 and his son Charles I took the thrown. Long story short, after restrictions on whiskey and religion and a drought, many Ulstermen (a more accurate term for "Scotch-Irish") decided to head to the New World. 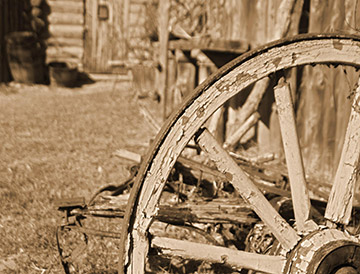 Irish History in the Colonies

From 1717 to 1776, more than 250,000 Ulstermen sailed to Pennsylvania, Delaware, South Carolina, and New York. The migration was so large (particularly between 1725 to 1729) that the English government actually held an investigation to figure out why Ulster Protestants were leaving en masse! Typically, these Ulstermen migrated as small networks of related families who settled together or as indentured servants.

Because of rising prices on colonial land, many of the Ulstermen who entered into the country via Philadelphia and New Castle, Delaware often radiated out to Virginia, North Carolina, South Carolina, Georgia, Kentucky, and Tennessee - frontier land that was either cheap or could be "squatted."  The Ulstermen adapted the frontier quickly and flourished, becoming skilled woodsmen who coexisted with friendly Native American tribes and skillfully fought off hostile tribes.

These Ulstermen played a major role in both the American Revolution and The Civil War. During the American Revolution, the Ulster immigrants fought heavily against the British and many congressional representative of Ulster origins would become major players in establishing and signing the U.S. Constitution. The Scots-Irish also played a role in the first major rebellion after the establishment of the United States - The Whiskey Rebellion of 1794 (Silly George Washington took a play out of the British's book by taxing whiskey).

During the Civil War, Scots-Irish filled the ranks of both Union and Confederate battalions. General Robert E. Lee once stated that "The Scots who came to this country by way of Ireland" made the best soldiers "Because they have all the dash of the Irish in taking up a position and all the stubbornness of the Scots in holding it."

These frontiersmen soon established roots in the region, serving in every capacity of their communities and preserving their traditions for years to come. There have been several famous Scots-Irish Americans, including: 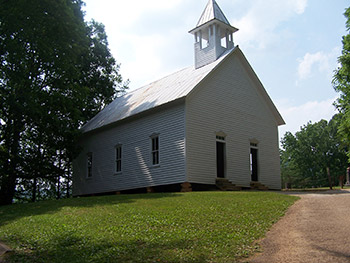 Influence on Religion in Appalachian Culture

After arriving in the New World, the predominantly Presbyterian Scots-Irish began to move deeper mountainous back-country of Virginia, the Carolinas, and into Tennessee. These remote back-country settlements strained the ability of the Presbyterian Church provide the qualified, college-educated clergy the church required. With no higher education requirement, Baptists and Methodists readily provided ministers to meet the demands of this Scots-Irish settlements. By 1810, Baptist and Methodist churches were in the majority, and to this day the descendants of the Scotch-Irish today remain predominantly Baptist or Methodist.

Additionally, African-American blues musicians played a significant role in developing Appalachian music by contributing the five-stringed banjo in the 18th century - an instrument that has sense become synonymous with the region and adding another layer to a unique musical tradition steeped in Irish history.

True to the spirit of Scots-Irish rebellion, this region also gave birth to underground "moonshining" operations that have been kept up through generations. Recently, moonshine distilleries have become legal in Tennessee, and several distilleries like Ole Smoky Moonshine share this heritage with visitors to the Smoky Mountains.

While research suggest most of this dialect's distinguishing characteristics are American in origin, the dialect definitely features a stronger Scottish influence.

This dialect is rhotic, meaning speakers pronounce 'r''s wherever they appear in words and sometimes when they don't appear (i.e. "worsh" or "warsh"). Additionally, many words find their origin in Scottish "Elizabethan English." For example, "vittles" means food and holds its roots in this period. Because of the former isolation of the region, it can be difficult for outsiders to understand a strong accents and unfamiliar phrases.

In fact, the modern day Appalachian accents are closest living relatives of English as it was spoken in the time of Queen Elizabeth, over 400 years ago.

Embrace your own frontiersman when you stay at your Smoky Mountain Cabin. While not nearly as rustic as the cabins of the Scots-Irish, you can enjoy gazing out on to the mountains from your cabin oasis and imagining what it must have felt like to be an early settler of this beautiful region.

Source for this article: Tennesseehistory.com

Take your Smoky Mountains vacation to new heights by exploring the many outdoor adventures in Wears Valley available for you and others in your group.
family funnatureoutdoorsthings to dovacation ideas

Top 5 Reasons To Choose a Vacation Rental Over a Hotel

Make your next vacation the best ever by finding out the top 5 reasons to choose a vacation rental and start planning for fun, excitement, and incredible memories.
cabin rentalpigeon forgesmoky mountain vacationsvacation tips

Turn your next Pigeon Forge vacation into an amazing one with one of these top 5 weekend getaways in Pigeon Forge!
activitiesfamily funlive entertainmentvacation ideas