Wears Valley Tennessee...the place to relax in the Smokies 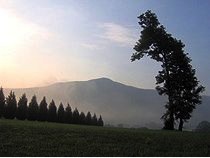 Originally the Wears Valley area as we know it today was once called "Crowson Cove," after its first settler, Aaron Crowson.  While no one is sure why the name changed, the valley became known as Wears Valley by the 1900's after Samuel Wear, a Revolutionary War veteran who erected a fort near the entrance to Wear Cove in what is now called Pigeon Forge.

Crowson arrived in Wears Valley from North Carolina in 1792 along with his friend, Peter Percefield. Wear's Fort was attacked in 1793. Percefield was killed in a Cherokee attack in 1794 and buried on a hill in the eastern half of Wear Cove in what is now Crowson Cemetery. Peter Brickey arrived in 1808 operating a large farm and distillery in Wears Valley until 1856. The log house he built shortly after his arrival still stands in Smith Hollow, between Wears Valley and Townsend, and is listed on the National Register of Historic Places. Many of the farms throughout Wears Valley were ravaged by the Civil War and Cherokee raids.

Sometime after the Civil War, Alfred Line established a farm at the base of Roundtop Mountain. Line Spring, a clear mountain spring flowing down from Roundtop, passed its name to a small recreational area that developed in this part of the cove as folks in the 1880s and 1890s thought the mineral-rich mountain springs had health-restoring properties.  This early form of tourism later contributed to the 1910 construction of the Line Spring Hotel by D.B. Lawson. The hotel boosted the valley's economy by providing a market for local farmers.

In 1902, according to local lore, an oak tree was destroyed by lightning, and in response, residents erected Headrick Chapel on the cemetery's grounds. Four Baptist and Methodist congregations shared the chapel, with funeral services having priority. The chapel's bell would ring once for every year of a deceased's life, a tradition still observed by Wears Valley inhabitants today. In 2001, Headrick Chapel was placed on the National Register of Historic Places. In 1934, the Great Smoky Mountains National Park was established and in the 1950's roads through the valley improved, leading to an increase in roadside tourist outlets.