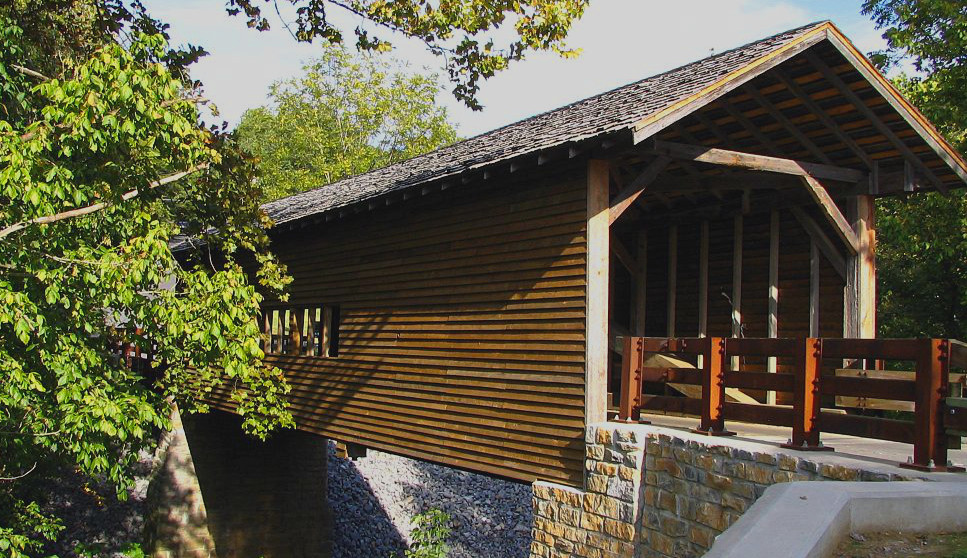 What better way to spend an afternoon than take a tranquil drive out for a tour of the covered bridges in Sevier County? The first bridge is a perfect spot to learn more about the history of Harrisburg and the surrounding areas. The second covered bridge is a beautiful, drive-by spot to appreciate the scenic views and snap a picture to take home as a memento.

This covered bridge carries a legacy of resilience and historical importance for Sevier County. After the original bridge was destroyed in a flood, the people of Harrisburg came together and provided all the materials and rebuilt the bridge themselves in 1875.

But restoring the bridge wasn't about historic preservation at the time. The townspeople relied on the covered bridge as their method of traveling back and forth to town. Without the bridge, they wouldn't have been able to buy and sell goods and the community growth would have slowed or stopped altogether. The Harrisburg Covered Bridge was a foundational part of Harrisburg during a pivotal time in its history.

The bridge became less essential in 1915 with the arrival of a bypass built around Harrisburg. The community shrank as many of the people moved away in search of other opportunities and places to settle. By the 1970s, the bridge had fallen into such disrepair it was in danger of being demolished. However, the Daughters of the American Revolution decided to raise money so that the bridge could be restored to its current state for future generations to enjoy.

To get there, follow the Dolly Parton Parkway out to Old State Highway 35. Turn left and follow the signs for the bridge. When you arrive, you'll find a covered bridge made of wooden slats and held up by old-style stacked stone supports. The bridge is 83 feet long, 14 feet wide and stands at 11.5 feet of clearance.

There are wooden railings on either side leading to the covered portion and multiple plaques where visitors can learn about the history of this important structure. There's space to pull off, but make sure to be careful of passing cars while viewing the bridge. Snap a picture and enjoy the beautiful views of this historic landmark. 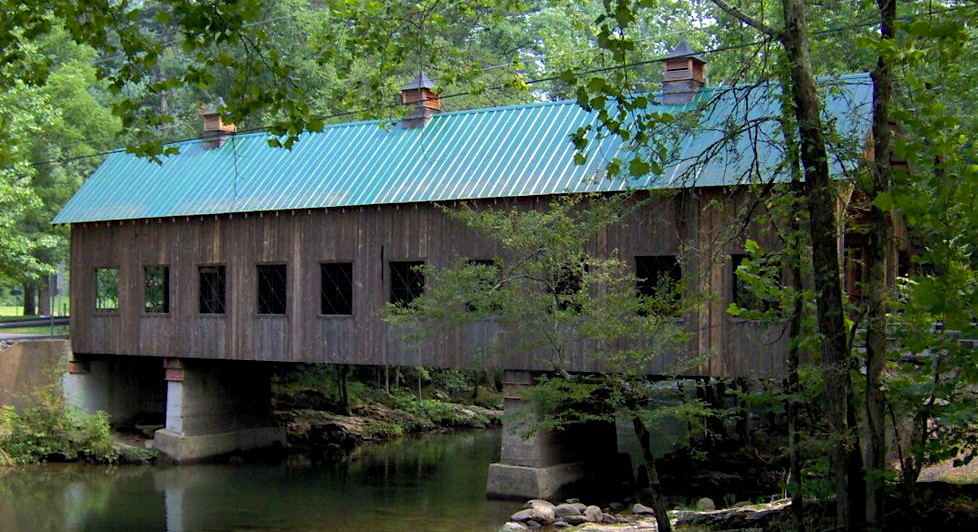 The second bridge is a great drive-by spot for your afternoon drive. If you're a fan of covered bridges, you'll be glad you stopped and snapped a picture. This bridge was constructed in 2000 and named for historical figure, Frederick Emert, who arrived in the Smokies in 1790 to build a new life with his family.

Situated over the waters of the Middle Prong of the Little Pigeon River, this historical-style bridge is surrounded by a tranquil setting. Please note that the land around the bridge is private so find a nearby parking lot and walk down to the bridge or just slow down and snap a picture or two.

The bridge is made of light wood planks and features a footpath running along one side. From the path, you can enjoy views of the Little Pigeon River and the rocky banks surrounding it. Further up the road there is a historic cemetery that was once the site of a one room log cabin that served as the first Methodist church in the area until it was destroyed by a flood in 1890. The cemetery is also the resting place of Revolutionary War veteran, Frederick Emert. Most of the other graves are made of ordinary field stone and are unreadable due to wear from the elements.

Other Secluded Places to Visit

Taking a drive out to view the covered bridges is a great way to avoid crowds and tourist hot spots in the Pigeon Forge area. If you're looking for activities away from the hustle and bustle, check out some tips for how to avoid the crowds in Pigeon Forge and the surrounding areas. Get all the insider info for the best hiking trails, outdoor activities, and the best times to visit attractions.

The Best Arcades in Pigeon Forge

Have a blast and indulge in hours of entertainment with your loved ones by checking out our picks for the best arcades in Pigeon Forge!
activitiesfamily attractionsfamily-friendlypigeon forgethings to do

Add some extra fun to your Smoky Mountain vacation plans by trying out one of the ever-popular Alpine Coasters in Pigeon Forge for something new and exciting!
activitiesfamily funpigeon forgethings to dovacation ideas